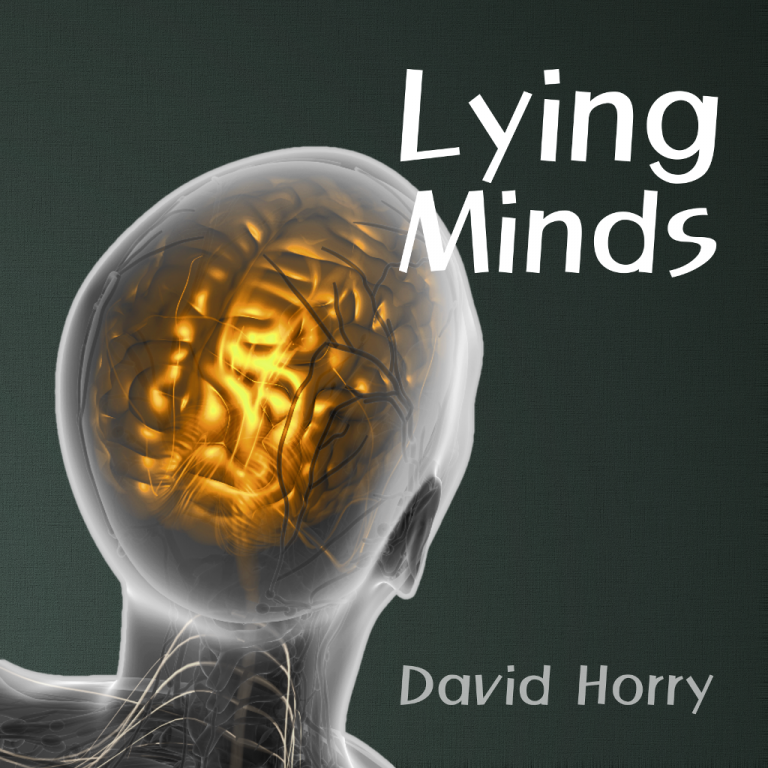 Society tells us that alcoholics are weak and worthless and that we wouldn’t be in this position if we only exercised more control over ourselves, but this book has described how control is taken from us. It is taken without our involvement, it is taken without our permission, and we didn’t even know it was happening. We do not choose whether or not to drink. In us the decision that we should drink is made completely automatically and we are aware of nothing except the sudden urge to drink and to drink now. But normal drinkers are motivated to drink and to avoid drink in equal measure. They assume we are the same and this is where their judgement and shaming come from. They are mistaken.

When it comes to alcohol there are four main ways in which our brains behave differently to those of regular drinkers.

#1 Our brain greatly values the advantages of drinking over the disadvantages. This causes us to develop a huge number of powerful drinking triggers but only a very few drink-avoiding triggers.

#2 Our memory remembers “that was fun” every time we drink significantly, and this is reinforced by repetition, but it undervalues and actively fades memories of drinking occasions that had bad outcomes. This leads to our recall of alcohol being unfaithful: it is misleadingly optimistic.

#3 Heightened motivation to drink coming from the reward system makes us drink regularly and heavily over an extended period and our brain changes how it works to compensate for regular alcohol impairment. When we are sober these changes cause us to feel anxious, miserable, fearful, frustrated, and alone with a sense of impending doom. We develop powerful drinking triggers associated with these negative emotions and these triggers fire whenever we are sober.

#4 Our mind actively promotes drinking despite the clear evidence of bad things happening. It creates plausible justifications that support drinking more and drinking now even when it is unwise in the circumstances.

The unbalanced reward system and the changes that come with alcohol-tolerance lock us into a self-reinforcing loop whereby alcohol-tolerance brings on adverse emotional changes which are relieved by drinking… and these in turn further strengthen the drinking triggers. Any desire or willingness to change our drinking patterns is opposed by our biased memory and the mental justifications that support why we should drink and drink now. These four components trap us into a vicious cycle down into anxiety, fear, depression and hopelessness that left unchecked will kill us.

None of this is deliberate or chosen. These four components of addiction form, operate, and strengthen entirely automatically and we have no direct or immediate control over any of them. When society tells us that we are making bad choices and exercising poor control they do so from their own viewpoint; they have that freedom of choice, but we do not. In us the choice to drink is made automatically. For us to not drink we have to notice and then contradict our own mind’s automatically generated instructions, and we have to do this while our mind insists that drinking is a perfectly reasonable course of action. This is difficult to do once, it is very difficult to do many times in a row, and it is extremely difficult to do day-in, day-out for weeks and months. But to gain lasting freedom from alcohol we have to do this and time again and we must be successful every single time because a single failure will result in relapse. We have to maintain our strength of purpose even as increasing distance from despair fades our recall of how desperate we were for change, and we have to maintain resolve even though the challenge seems never ending. This is what is required to free ourselves from addiction. But recovery isn’t even possible until we want things to change.

We persist in the vain hope that we might bring our drinking under control for far longer than is rational, but an ever-strengthening reward system moves this further and further from our reach. If we are one of the people that is susceptible to addiction, and we have engaged that susceptibility, then we will never be able to bring our drinking under control. Our brains do not build the drink avoiding triggers that moderate drinking in other people so our minds will forever suggest that having another drink is a good idea. Even if we recognise at an intellectual level that having a drink right now is a poor idea then our reward system will still motivate us to seek alcohol. While we persist in the belief that our problem is down to not trying hard enough to control our drinking then we focus on precisely that… trying harder. But when we finally recognise that control is beyond us, and that no amount of trying will ever change this, then a fundamental shift occurs in our thinking.

Giving up the idea that we can ever bring our drinking under control is a pivotal moment. Whereas previously we thought that there were three options; carry on drinking as we want to, drink sensibly, or (heaven forbid!) stop drinking altogether, we now see that the middle path is unavailable to us. “Drinking sensibly” cannot happen because our brains aren’t wired to permit it… we lack the moderating component of alcohol-avoiding triggers. This leaves only two options; we either carry on drinking and our lives get worse and worse, or, and this is the unthinkable thought, we stop drinking altogether. As the effects of alcohol-tolerance strengthen then so does the desperate need to escape its consequences and the key to our escape lies in that word “need”. Stopping drinking moves from being something that is desirable to something that is necessary and it is necessary because addiction is progressive: it always gets worse, never better. But recognising that stopping drinking is necessary is insufficient in itself to drive recovery; two other things are also needed. Recovery from alcoholism is built on three pillars; that it is necessary to stop drinking, that it is possible to stop drinking, and that stopping drinking is worthwhile. A failure of any of these three will cause a recovery attempt to collapse.

The evidence that stopping drinking is necessary has been presented in the pages of this book and it is not pretty reading. If you have read this description of the condition and found yourself in it then you now know that action has ceased to be desirable, it is necessary. Not everybody exhibits the symptoms of alcoholism equally, some people are sicker than others, but everyone trends in the same direction towards hopelessness and despair and if you don’t act then it will get worse because that trend is unstoppable while we continue to drink. But recovery is always possible regardless of how severely affected by addiction we become and the best evidence for this is found in the experience of others. By far the most powerful thing we can do to help ourselves recover from addiction is to engage in a recovery community, whether this is in-person or online. Stopping drinking is difficult and we will not succeed if we do not believe it is necessary, or if we don’t believe it is possible or worthwhile. Our own experience is that stopping drinking cannot be done and our own perception is that if we stop drinking then we are giving up fun in our lives. Neither of these is true but the proof of that lies not within us but in people that have successfully stopped drinking.

When we stop drinking we are not giving up fun, that is an illusion, we are giving up the misery, fear, anxiety and hopelessness caused by the changes that come with alcohol-tolerance. What we gain is relief from these and the evidence demonstrating this can be seen in those that have recovered. The same goes for stopping drinking being possible… other people prove that it is. Not only is it possible to stop drinking but ordinary folk do it: you don’t need some special super-power to get sober. Engaging with people that have recovered confirms what we otherwise doubt, that stopping drinking is both possible and worthwhile, but we gain far more than this: we also gain their experience. When we are struggling with some aspect of the challenge then we can directly ask for practical help; we can ask how they overcame it. But perhaps the most important benefit we get from a recovery community is that it maintains our resolve. Recovering from addiction is not only difficult it is lengthy and the call to drink never completely goes away. It reduces over time to an intensity that we can step over with relative ease, but it is still there, and what is also still there is all the self-sabotaging ideas…. and these are corrosive to resolve. Being engaged in a recovery community replenishes our resolve. It constantly re-affirms the concepts that recovery is built on; that stopping drinking is necessary, possible and worth the struggle.

Alcoholism is a condition made of many moving parts but its fabric is woven from lies and deceptions. The fundamental lie is invisible to us, it is told in a part of our brain that we can’t see into. “That was fun” becomes incredibly deeply learned and the linked motivation “do it again” becomes enormously powerful, but it is a lie and that lie is concealed in the timeframe considered. Yes, drinking can be fun at the time but it can have terrible consequences later. The lie is in failing to give proper weight to these later consequences and this lie causes another, a lie of omission. The minds of normal drinkers successfully link bad outcomes from drinking to alcohol in a way that we do not. Our minds remember that something bad happened, “that was bad”, but they do not make the corresponding deterring trigger, “don’t do it again”. In the absence of this deterrent our urge to drink is strengthened without limit. If we resist the urges to drink then our mind starts creating plausible sounding justifications to support the urge. But these too are lies: they only offer the positive consequences and overlook the negative ones.

None of this is directly caused by alcohol, it is all created inside our own mind, and that is the biggest misdirect of all: our problem isn’t alcohol, our problem is ourselves. Stopping drinking is not the challenge it appears to be. Our fight is not with the bottle but with our own lying minds. There is no magic pill or potion we can take that will cure alcoholism and there is no easy route out of it, but if we do not find a way out then the condition is fatal. We cannot simply sit and hope for it to disappear; it will not, it will get worse. Nothing changes if nothing changes. Alcoholism is not rare, it is very common, and so is recovery: every year millions of people achieve it. If you want to get back to a rewarding and fulfilling life then seek out and engage with people that have stopped drinking and regained emotional wellness. Ask them what they did. Do that.

If you do not change direction you will probably end up where you are headed.

If you are trying to help someone with a drinking problem or if you are trying to stop drinking yourself then you are most welcome to read Lying Minds here or download a free copy of the eBook on the button below. The download will begin immediately; no form, no questions, no sign-up; just the book.

Chapter Three: How Alcohol Affects us

Chapter Seven: Who Becomes an Alcoholic?

Chapter Eleven: If we Drink Again