Drinking was fun until it wasn’t 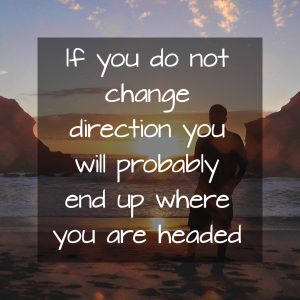 When I first read this it hit me like a hammer-blow because I could see where I was headed, and it wasn’t pretty. While it was obvious to me that the amount I drank had slowly crept up over the years what was not immediately obvious was that my emotional state had declined over the same period. I assumed that my anxiety, stress, fear, alone-ness etc. were consequences of my circumstances, but actually they were largely consequences of my drinking, at that was getting worse. My emotional decline was caused by the long-term effects of regular drinking, and I drank to escape those emotions. This is the alcohol-trap: we drink to relieve the emotional consequences of drinking, and that makes them even worse. It is a self-reinforcing loop, a vicious-cycle that keeps growing in intensity until it kills us. Alcoholics die from; organ failure (liver, kidney, heart, and brain), traumatic injury (vehicle accidents, homicide, accidental injury, and drowning), or, and this is far more common than is acknowledged, suicide. Drinking was fun until it wasn’t, and once it wasn’t then I drank for relief from the anxiety that drinking caused and this propelled me into total despair. The outlook was impossibly dark and in the end it just had to stop, but I didn’t know how to do that. I’d tried everything I could think of but nothing worked until I reached out for help, and that is when everything changed. Alcoholism is progressive. Untreated alcoholism is fatal. We have to DO SOMETHING about it because it isn’t going to get better on its own; it is going to get worse.