Alcoholism is an illness, not a weakness 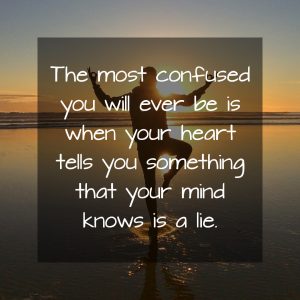 My drinking was something that was beyond confusing; it was absurd. All the evidence was that my drinking was disastrous. Bad things were happening, I drank more than I intended to, I drank more often than I intended to, I drank when I shouldn’t do, it was wrecking my health, my relationships and my work were all going downhill, and it was costing a fortune. There wasn’t even any fun in it any more since I could no longer drink enough to get happy. There was absolutely no reason for me to carry on drinking but I still wanted to! It made no sense at all, and THAT was the penny-drop moment… my drinking really didn’t make “sense”. Just as much as I knew at an intellectual level that I shouldn’t drink I also knew at some deep internal level that I really, really wanted to… even though there was no evidence whatsoever to explain why this was a good idea. I was perfectly reasonable and rational in every other aspect of my life except this one. For some reason, when it came to alcohol, my mind was completely irrational. My drinking didn’t involve any deliberate thought or choice; the wanting to drink was happening entirely automatically and it wasn’t “chosen” at all. Whether I liked the idea or not (and I didn’t) I had to recognise that fact that when it came to alcohol my brain wasn’t working normally. I didn’t drink differently to other people because I was choosing to; I was drinking this way because of a mental anomaly. It was confronting to think that I may have a mental illness, but it was also reassuring to realise that I wasn’t this way because I was being weak, bad, or choosing poorly. I was drinking this way because my brain instructed me to… even though it made no sense to do so. Alcoholism is an illness, not a weakness. I wasn’t bad, I was ill.