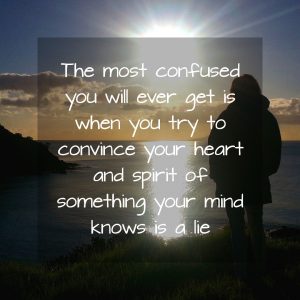 Shame is a soul eating emotion. We often bundle shame and guilt together, but there’s a distinct difference between the two: shame is when we think “I am bad”, and guilt means “I did something bad.” But there’s something else that makes them stand apart from other emotions and that is that they involve, somewhat oddly, our interpretation of what other people think. Shame depends on our expectation of how others will judge us. The intensity of shame we feel is an internally generated prediction of just how much others will devalue us when we take a particular action. But these emotions didn’t suddenly spring into existence with modern humans; they evolved to be this way, which means they serve a purpose.

Several million years ago our human ancestors lived in small groups; typically around 20 – 200 members. This is different to a general herding behaviour. In herding the advantage gained is that you improve your odds of surviving an attack by predators if you are one of a large group, it is simple ‘safety in numbers’. Small groups however, like packs, or troupes, work on a different principle: they gain a greater survival advantage by working cooperatively. This advantage is gained by having group members that individually behave in ways that aid the group, and over time the mechanism that evolved to direct this behaviour is emotions. Even though we no longer live in small tribal groups we still inherit the genes that create the emotions to direct this group-benefit behaviour, and this is how it works: we get an emotional reward when we do things that are advantageous to the group (even though they give us no personal gain) and we are emotionally penalised when we don’t behave the way that the group expects. This emotional penalty we get is guilt and shame and their express purpose is to make us change our behaviour to conform to that of the group. For most purposes this still works well in our larger social groups; guilt and shame generally deter us from antisocial behaviour, but not when it comes to us and alcohol.

We feel shame when our behaviour is not aligned to that of the group, and our drinking definitely does not meet that standard. We are compelled to drink by our addiction and then we are emotionally punished for doing so. This emotional discomfort would normally make us change our behaviour to conform to the group’s expectations but with respect to our drinking we cannot. We can’t stop drinking but the shame it brings is painful, so we find ways to avoid the problem. If no single person ever sees the full extent of our drinking then our drinking can appear to fall within acceptable norms, so we adjust our behaviour to create this illusion. We drink somewhere and then move onto somewhere else for more, we drink in different places on different days, we buy alcohol in different places on different days, we lie about where we go, when, and for how long, we dispose of our empties discretely, and we hide alcohol and drink it un-seen. We hide alcohol and drink secretly because when we drink like this then nobody sees us, therefore we won’t be shamed for it. None of this behaviour is caused by alcohol, it is motivated by shame. Another tactic to avoid shame is to change who we drink with. We are only shamed by those that think we drink to excess, but we are not the only heavy drinkers in the world; there are plenty of others. As our addiction strengthens then we gravitate towards drinking with others that drink heavily. This avoids shame because in this particular social group our drinking is NOT considered improper, and we therefore don’t expect to be judged badly by them.

As our addiction deepens we accumulate shame. We know our drinking is outside the bounds of what is normally acceptable but we can’t stop; the shame mounts and nags; it nags because shame is a persistent emotion. But we can unload the burden of shame in several ways and the key to gaining this relief lies in this line “shame exists only by the consent of the shamed”. It is actually us that decide how much shame we put on ourselves, not other people. We feel shame in proportion to how we think others will judge our actions, but we can change some of this. In particular we can change how much weight we give to their judgement.

Shame is only attributable to actions that are freely chosen and this is the very point that we can change because our drinking isn’t freely chosen, it is compelled. This is very clearly illustrated by the fact that there’s no shame in being, for example, diabetic or arthritic. Neither of these conditions is freely chosen and neither attracts any shame. But actually we don’t get to choose to be alcoholics either. We wind up in this position because we have a susceptibility to addiction and this is a mental abnormality… it is not a choice that we made. When we first started drinking we only did the same as everyone else, except in us this engaged that susceptibility, and that is the whole extent of our complicity in our condition. We are not alcoholics because we drank too much or exercised poor control. We are alcoholic because the “reward system” in our brain over-values the benefits of drinking and under-values its consequences. This means that we are urged to drink more than we are urged to not drink and every time we drink in response to an urge then the next urge becomes stronger. In us the compulsion to drink is increased by the act of drinking and we are rarely urged to avoid drinking. This gets progressively more compelling over time until it forms into a self-strengthening loop. All of this is begun by that imbalance in our reward system: alcoholism is an illness not a weakness. Choose the word that suits you best; illness, condition, disease whatever, they all achieve the same result. We haven’t caused ourselves to be like this and we don’t freely choose to drink; we are compelled to do so. There is no shame to attribute in alcoholism, and those that cast it do so from ignorance. It is an easy mistake for them to make because they make this judgement based on their own experience, but that experience is different because their brain works differently. They get motivated to drink, they get motivated to avoid drinking, and they get these in equal measure; they expect that we get the same and that we are therefore choosing to drink too much, but this is incorrect. People cast shame mistakenly. That ignorance isn’t surprising but it is still incorrect and we can ignore it… they are wrong. We can try to educate people on the causes of alcoholism but most typically they are more interested in giving their own opinion rather than to hear someone else’s so it really is easier to ignore them. The key point is that their opinion is without merit… they can’t shame us because they are incorrect. Not only are they incorrect, we may have been too. When we realise that our condition has a cause that is not of our own making then we can’t shame ourselves either.