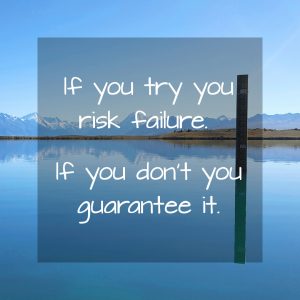 While I may have understood at an intellectual level why stopping drinking was essential, my heart wasn’t in it. In my mind I can evaluate all the information: drinking makes me miserable, causes all sorts of problems, and will if I carry on it will kill me. But at the same time as my judgement was saying “I have to stop drinking”, a voice inside me screamed “nooooo!” This internal objection was deep and visceral. It didn’t come as words, it was more of an intense “gut feeling”, but it was there. It was real, it was powerful, and it wouldn’t go away.

Regardless of any considered conclusion, and no matter how thoroughly thought out it is, there is a significant part of my brain that still wants me to drink. It operates completely automatically, and I have no way to prevent it doing what it does. The reward system in my brain wants me to carry on drinking and it is assisted by my memory which is grossly biased in favour of remembering drinking as a good thing, not a bad thing. The reward system demands that I drink and it does so with feelings, not words. Then my mind steps in to rationalise the feelings and explain them with words, and these words are derived from what’s in my memory… which is overwhelmingly that drinking is good and drinking is fun. The words my mind presents actively oppose the suggestion that I should stop drinking. I can intellectually accept the idea that I must stop drinking, but until my circumstances become extremely difficult then this conclusion is insufficient to overcome all the counter- thoughts that insist that drinking is good. Until carrying on becomes miserable and desperate there isn’t enough weight to the argument that drinking is a bad thing for it to win through. But by the time this happens I am completely trapped. Even though I begin to recognise that my drinking must change, I see no way out. My mind tells me two things that prevent me believing there’s a way out: that stopping drinking is not possible, and that stopping drinking is not worthwhile.

All my experience of trying to control my drinking, or even stopping, shows me that I can’t do it. And even if I could manage to stop drinking then why would I want to? Life wouldn’t be worth living without drinking would it?

We are not unique in having a problem with alcohol. Even though it seems like our situation is unique to us, that we are somehow different, we are not. While the details of our struggle differ the general condition is consistent for all alcoholics; we are depressed, anxious, alone, scared, and stressed, with a sense of impending doom. Our lives are in disarray and imploding, and try as we might we can’t bring things under control and make them right again. All of this has been caused or worsened by our addiction, and it is slowly getting even worse… the future looks very bleak indeed. All alcoholics share these problems, but not everyone who finds themselves in this position ends up dead because of it; most recover. That is a surprising statistic, but it is true… most addicts do recover. But this is impossible to believe in the depths of our despair.

While we are stuck in hopelessness then our efforts to escape it are truly weak and they are weak because we don’t believe that we can stop drinking nor do we believe that it is worth it… so we can’t see the point in even trying. It is this demotivation that needs to be removed; we cannot possibly muster sufficient strength to stop drinking while we don’t believe we can do it. What we need is hope and hope is made of two beliefs: that life can be better, and that there is a way for us to achieve this. Just like we needed evidence to make us recognise that stopping drinking was essential we also need evidence to prove that stopping drinking is worthwhile, and that stopping drinking is possible, but our own minds will not present this evidence. We are not going to find our pathway out while we only look for it within ourselves. The evidence we seek lies in other people, and we have to look outwards to find it.

There are many places we can start to build hope from; we only have to find sufficient motivation to begin to look. The simplest place to start is in books. Very many people that have recovered from alcoholism have written about it, and their stories universally say that the effort was difficult, but despite appearing impossible it was in fact achievable. They also say without exception that it was worthwhile; that life is far, far better after stopping drinking than it was while they drank. Other people hold the evidence that we seek if we will only look for it, and beyond books we can find even more compelling evidence in online and actual recovery groups. The evidence we get from these is more persuasive as we can more directly identify with the individual. We can identify our problem as existing in them, and we can see that despite everything we believe to be true they have overcome the problem. Hope is founded on realising that we are not trapped, that escape is possible. The most powerful evidence of all is to be found in-person when we are in the presence of someone explaining what it felt like, what they did, and what it is like now. This direct experience is far more compelling as we connect with the person far more strongly; we feel our emotions move as they speak as though they were speaking about ourselves. Listening to a recovered alcoholic is the single most effective means we have of building hope. The easiest way to find the evidence that stopping drinking is possible is to hear people say that they have managed it and how they did it. This happens every day in recovery group meetings that happen all around the world. Very many of these are AA meetings but there are others too, and all of these represent an opportunity to find hope.

I was completely lost. I knew that I couldn’t control my drinking and that my drinking was destroying everything in my life. I’d tried everything I knew to fix this but I couldn’t. I was out of ideas. I went to the place that alcoholics go to… an AA meeting. I didn’t know anything about what happened there other than it was a bit church-y, but I was out of options… I had to find something to change the direction things were headed. I hated the idea of going. Walking into AA marked me as a loser… an alcoholic, but I didn’t know what else to do. I’d told someone close I was going to go and they held me to it… I don’t think I’ve ever thanked them properly for that. It took all I had to walk in, but once through the door I felt fairly OK, it was the fear of being seen walking in that was the biggest hurdle. What I was looking for in the meeting was tips that would allow me to bring my drinking under control, but that’s not what I got.

I don’t remember too much detail of that meeting. I was aware of a bit of prayer happening and a bunch of waffle about why we were there, but I was completely shocked by what I heard from two or three of the people that spoke. At the end of the meeting I hurried out, got in my car and fled, but what I had seen and heard came home with me.

The people in the room were not what I was expecting. I was expecting a room full of dirty tramps and dossers… and these people were not that. If you had taken twenty people at random from a shopping mall and put them in a room then that’s what this group was like; alcoholics looked ordinary! But the bigger surprise was that these people spoke about problems in their lives that I thought were only specific to me. It was like they’d walked through my mind taking notes. What was completely different about these people though was of course that they’d stopped drinking! These people that had once been exactly like me had stopped drinking.

I was different after that meeting. I didn’t know quite what was different and it took me some time to put my finger on it, but what had changed was this: I had seen that I was wrong about stopping drinking being impossible; it wasn’t. With this realisation came hope… hope that things could actually get better. There was a light at the end of the tunnel where there hadn’t been one before, and it showed me the way out.

It is remarkable that such a simple thing had such a large effect, but it did. Once I heard their own experience from their own mouths than everything changed. It was possible to stop drinking, and ordinary people did it. It was normal people that I had seen in that meeting. Not inspirational speakers, or famous people, or people that wrote books, but ordinary people. Ordinary people could stop drinking… even if they once drank like I did.

But not only had these people stopped drinking, they had an unfamiliar quality about them… calmness. They were not universally miserable; they were calm, composed and cheerful. The second lie my brain was telling me was also not true… stopping drinking did not mean being I was destined to be unhappy.

What was not possible for me was stopping drinking alone. If I had been able to do that then I would have stopped years earlier. But regardless of whether or not we choose to try to get sober with one particular method or another we will really help ourselves by going to at least one recovery meeting. We should go there with the sole purpose of finding proof of the two lies our brains create; that it is not possible to stop drinking, and that it is not worth stopping drinking. When I walked into that first meeting I had no idea whether or not I would go to another, but with hindsight that really didn’t matter. The most important thing about that meeting was that the two lies that held me back were exposed for what they were. It was possible to stop drinking, and it was worthwhile… and with those realisations came hope, that I was not condemned to live the future that I’d imagined.