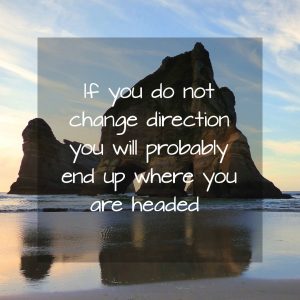 There came a time that I realised my drinking had to end. It took far longer than I care to admit to come to one very simple realisation… that I could not control my drinking; I drank more than I wanted to, I drank more often that I wanted to, and drinking caused me a lot of trouble. Drinking impacted every aspect of my life. The ideal solution I wanted was to be able to carry on drinking but for the trouble that it caused to stop; I just wanted to be able to drink like everybody else! But I couldn’t, and I had no idea why this was so. For some reason it seemed I was born without an “off” switch when it came to alcohol. I had no idea why I couldn’t drink like other people… how could it be so difficult if when everybody else seemed to do it perfectly easily? Looking at other people made me think “I just need to try a little harder, and be better disciplined and I’ll be able to drink sensibly… “ but it never happened that way. I couldn’t control my drinking. It didn’t matter how hard I tried, I simply couldn’t do it. I thought my issue was control, that I wasn’t applying the same level of self-control as other people, that I was simply being weak, but this isn’t the case.

I expected that normal drinkers thought the way same as I did about alcohol but I had completely misunderstood this. The issue wasn’t that I exercised poorer control over drinking than them, it was that in me the compulsion to drink was far, far higher. I thought that I was being weak by not controlling my drinking, but actually my compulsion to drink was so powerful that the control I had available was insufficient. That compulsion wasn’t chosen. The issue is not weakness, it is illness.

The term “Alcohol Use Disorder” was deliberately coined to avoid the word “alcoholic” as this word is so firmly associated with moral weakness, and this is entirely incorrect and misleading. But the terms “alcohol use disorder” and “alcoholism” are otherwise the same thing… an irregular brain condition that results in compulsive drinking. The most broadly used definition of the condition is the one from the American Psychiatric Association. It is described in the 5th edition of the Diagnostic and Statistical Manual of Mental Disorders as follows:

Alcohol Use Disorder (AUD)
“AUD is a chronic relapsing brain disease characterized by an impaired ability to stop or control alcohol use despite adverse social, occupational, or health consequences. AUD can range from mild to severe, and recovery is possible regardless of severity.”
(This is only the headline definition. The full definition runs to several pages).

I thought that my struggle with alcohol was unique to me but it is remarkably common. More than one person in twenty is struggling with severe drinking difficulties. One in sixteen of the adult population suffers from Alcohol Use Disorder (USA ,2015). But alcoholism doesn’t simply make our lives difficult and unpleasant, it is fatal. People who drink excessively have a greater risk of liver disease, heart disease, stroke, and stomach bleeding, as well as cancers of the oral cavity, esophagus, larynx, pharynx, liver, colon, rectum and breasts. We are also more likely to suffer from diabetes, high blood pressure, pain, and sleep disorders and we may increase our chances of contracting sexually transmitted infections from unsafe sex. The consequences of alcoholism are not just limited to our physical health, our mental health suffers too. Alcoholism causes depression, anxiety disorders, an altered personality, changes in mood, and bipolar disorder. And beyond the physical and mental impacts of alcohol drinking too much increases our chances of being injured or killed. Alcohol is a factor, in about 60 percent of fatal burn injuries, drownings, and homicides; 50 percent of severe trauma injuries and sexual assaults; and 40 percent of fatal motor vehicle crashes, fatal falls and suicides.

Alcoholism isn’t just poor behaviour and the consequences of that, it is fatal. This isn’t being overdramatic; it is the truth of our condition. If we carry on drinking we will die. We will die from organ failure, accidental death, or suicide, and we will die miserable. Stopping drinking isn’t simply something that is desirable, it is essential. There is no single moment when we either are or are not alcoholic; it is a progressive condition, and it always gets worse, never better. Once I have lost control of my drinking I am never going to recover it; it gets progressively further and further beyond my capacity to do so.

Alcoholism begins with a misfunction in the brain. The “reward system” (where cravings come from) identifies alcohol as a good thing and “rewards” us with a big dose of a brain chemical called dopamine when we take a drink. It is dopamine not alcohol that gives us that sense of ease and comfort, that “aaahhh!” we get when we take the first drink. But our reward system skips over something… it under-values the bad consequences of drinking. The reward system is supposed to both encourage us to do things that are good for us, and discourage us from doing things that are bad for us. In normal drinkers the reward system recognises that alcohol is a bad things as well as a good thing. Normal drinkers don’t just get encouraged to drink, they are also discouraged when it is inappropriate or dangerous. When the time or place is inappropriate to drink, or if drinking more is a bad idea, then normal drinkers are discouraged from the idea; they get the feeling and the words that say “that’s enough now!”. In us the balancing “don’t drink” side of the reward system is greatly diminished, and this is the seat of the problem.

Every time someone drinks then their brain records “that was good, do it again”. But normal drinkers also record the occasions when drinking didn’t turn out well and their brains record equally forcefully… “that was bad, don’t so it again”. This doesn’t happen to us. For us, drinking is only ever good. The reward system of alcoholics over-values the benefits of drinking and undervalues the down-sides, and this tips the balance in favour of having a drink. It also sets in place an inevitable decline into depression and despair. Each time we get the “aaahhh!” of the first drink then our reward system further entrenches the idea “That was good! Do it again”. This gets stronger and stronger and it does so without any counter-balancing discouragements. The urge to drink get stronger and stronger and the urge to avoid drink pale into insignificance. It is not ideas that drive our drinking, it is feelings, and it is feelings generated by the reward system expressly for the purpose of making us behave in a certain way… to find and drink alcohol. If you doubt the ability of the reward system to drive behaviour then it is worth pausing to think about how performing animals can be trained to do the most extraordinary things. They are trained by rewarding the behaviours that are wanted and discouraging unwanted behaviours until the animal’s free-will becomes insufficient to overcome the compulsion to behave a certain way “on cue” and win the reward. Once trained then the reward system overrides the animal’s free will and this is precisely what happens to us with regard to alcohol.

As the reward system strengthens the compulsion to find alcohol we drink more, and we drink more often. This has an extremely bad mental consequence… we become depressed, anxious and socially insecure when we are sober. These changes are  how our brain responds to regular and heavy drinking and this leads us to needing to drink before we socialise, and then to needing to drink to lift our mood. Alcohol becomes the medicine that relieves the symptoms of drinking heavily, and once this happens then control is lost. Our brains demand that we drink and any objection to doing so is unpersuasive; having a drink is always a good idea. The more we drink to relieve our distress then the more pronounced becomes our depression, anxiety, and loneliness. It continues to worsen and left uninterrupted this downwards trajectory will keep us drinking until it kills us. If we don’t die from organ failure or traumatic accident then eventually we will kill ourselves to escape the depression.

Stopping drinking isn’t just desirable, it is essential. If we do not stop drinking then we will die, and we will die miserable.

My life had become so unbearable that it had to change. I still wanted to drink, but I couldn’t keep my drinking sensible. Drinking the way I did I was nearly permanently hungover, ashamed, and guilt-ridden. I had other problems which were caused by my drinking too, but I hadn’t connected those dots firmly at the time… my depression, stress, anxiety, sense of apartness, and hopelessness were all caused by my drinking. My life was a wound-up mess of problem-ridden fear and misery. Every aspect of my life was falling apart. Everything was wrong. It had to change.

I had to acknowledge that I could not control my drinking, and this was an appalling realisation… it was appalling because it meant I was an alcoholic! It was also appalling because it left only two choices. Either I carried on drinking and things would get worse and worse or, and this was an unthinkable thought, I should stop drinking completely! So there I was staring down the barrel of the unthinkable and I was actually contemplating it. I had tried for so long to limit what I drank, but no matter how determined I was, no matter how firm my intention, no matter how much I told myself I wouldn’t… I still drank, and I still drank more than I intended to. Drinking a little, or occasionally was completely impossible… so I had to stop, or die.

The decision to stop has three parts to it:

Alcoholics are not condemned to die … this is never the case. As the definition of Alcohol Use Disorder states, “recovery is possible regardless of severity”. What I knew was that I had to stop drinking, what I didn’t know was how to do it. But underpinning my decision to stop were the three ideas: that I couldn’t control my drinking, my life was made miserable by drinking, and that carrying on drinking would kill me. These are the three fundamental pieces of knowledge that makes stopping drinking possible, but a failure of any of these will result in the collapse of my attempt. They are the foundation on which recovery is built and need to be recognised as such. I need to do everything I can to prove to myself that these three facts are true, and remain true, regardless of the challenge I find in front of me.