Alcohol tolerance and changes to our brain 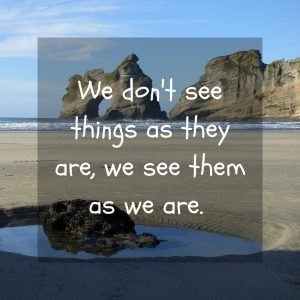 The more often a trigger is successful the more powerful it becomes; the urge it invokes becomes stronger, and so does the intensity of the reward. We become increasingly compelled to drink and we drink more, and we drink more often. But we now spend extended time handicapped by alcohol, and our brain and body respond to this in an effort to maintain optimum performance.

The first and the simplest change is that our liver adjusts to the increased alcohol intake. It needs to process more alcohol into acetaldehyde and then acetic acid, and to do this it increases the amounts of the AHD and ALDH enzymes that are available. Just like a muscle gets bigger when we exercise the liver’s production of these enzymes increases when there is more demand for them. This means that our bodies clean away alcohol much faster than those of normal drinkers, but this has a most unwanted side-effect for us; in order to feel the benefits of drinking (feeling happier and being comfortable socially) we have to drink faster and, over the length of a drinking session, we have to drink more. This is an unwelcome change, but it is not the most debilitating.

Alcohol has three principal effects on our brain; it alters our mood, it slows the processing speed, and it reduces our readiness for “flight-or-fight”. In does this by changing the amounts of some key chemicals called neurotransmitters.

Alcohol artificially changes the amounts of these important neurotransmitters in our brain, increasing the presence of some and decreasing the presence of others. When we drink we become happier and more socially engaged, this is why we like drinking, but as we continue to drink our brain slows down. Our judgement becomes impaired, we struggle to maintain balance, we slur our words and we become drowsy. The more we drink, the more pronounced the effects become. But if we drink heavily and routinely then the brain recognises that the daily balance of these key chemicals is astray. It recognises that for a significant portion of our time we are getting more dopamine, serotonin and GABA than we should, and we are getting less glutamate, cortisol, adrenaline and noradrenaline than we should. In an attempt compensate for this the brain adjusts the amount of each of these it releases, but this has some very detrimental consequences for the times that we are not drinking.

The way the brain responds to the slowing effect of alcohol is that it speeds the whole thing up. To counter the slowing down the amount of the dampening GABA is reduced and the amount of the accelerating glutamate is increased. The consequence of this is that our brain now only slows down to normal when we drink; it is racing while we are sober.

The third change is to do with the “flight-or-fight” response and this involves both neurotransmitters and hormones. Together these control our readiness to respond quickly to danger, and when we drink regularly and for extended periods the levels of these are lowered for extended periods (due to the slowed brain reducing activity in the adrenal gland). To counter this prolonged lowering the production of cortisol, adrenaline and noradrenaline are increased. This means we can drink more before our ability to respond to some danger is impaired, but it also means that when we are sober we have higher than normal levels. When we are sober our brain is scanning urgently for signs of danger, our heart beat is faster, and blood is diverted from the skin to the large muscles. We are permanently edgy and restless.

Once our brain and body have adapted to regular doses of alcohol then we are living in pursuit of alcohol. When we are sober then we feel unhappy and lack social confidence. Our mind races, we are restless and irritable and we are anxious as though something bad is about to happen..

When we reach this point there is one thing that will relieve all these problems, and that is having a drink. Once we have become alcohol-tolerant then drinking will relieve all the problems that it creates and our brain recognises this; we develop drinking triggers for all the side effects of alcohol-tolerance. We develop triggers for feeling miserable, feeling alone, feeling edgy and restless, and having a racing mind. We drink to relieve the problems caused by drinking and all the triggers increase in power. And the more we drink the more the normal balance of our brain moves to try and protect its proper function… the changes caused by alcohol-tolerance become more marked. But this comes at a large cost; how we feel while we are not drinking is dramatically changed for the worse. When we are sober we are unhappy, irritable and restless, and socially shy. Ultimately we become depressed, isolated, restless and anxious; only drinking makes us feel better.

These changes take years rather than months to occur, but they have a profound and potentially catastrophic effect. We drink to make ourselves feel better and when we don’t drink we feel terrible… which triggers cravings. We become triggered by being sober, and alcohol is what makes us feel better. Alcohol becomes the medicine that relieves the symptoms caused by drinking.

Once in this state we are in a feedback loop of drinking more to get relief from the adaptations our brain makes to protect itself against the effects of drinking. But this drives the adaptations even further and is a relentless downward slide into despair.