Where cravings come from 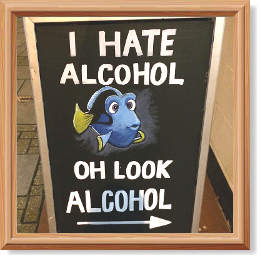 Cravings are an urgent sense of wanting, desire or longing for. They have no words, sound or shape; they are an intense feeling without form. Cravings may appear to come and go in a fickle manner, but they don’t come randomly at all. They are the results of processes which happen inside our brain, and these processes operate completely automatically; we have no insight into the part of our mind that generates them, and have no direct control over it. We can’t see what’s happening there, we can’t modify these actions by applying judgement or deliberate thought, and we have no way of turning them off.

Cravings come from the cooperative action of several parts of the brain, and these are collectively known as the “reward system”… it is where our problems with alcohol begin.

The reward system works by invoking feelings of wanting, longing for, or desire for things that are beneficial to us, and then motivating us to approach them. For things that may be harmful we experience feelings of disgust or fear, and we are motivated to move away. But we aren’t born knowing all the things that help or harm us; we learn new ones as we go along. As our life experience grows we learn more and more things that are good for us or bad for us, and for each the appropriate behaviour is remembered: approach or move away. In this way we progressively advance our chances of survival. When we meet something beneficial or harmful that we’ve come across before; a circumstance, place, thing, etc. then our brain automatically encourages us to follow the prescribed course of action; e.g. approach and eat, or hide or escape. When we take the action our brain has suggested as being a good way to act for this occurrence then we are given a reward. If we were being encouraged to do something beneficial for survival then we feel the longing for it, are encourage to approach and partake, and then as reward we feel pleasure. If we are being encouraged to avoid something harmful then we are given fear, or disgust to make us move away, and we feel relief when we do so. The sensation of pleasure or relief is caused by the release of a chemical in our brain called dopamine.

The reward system is a self-learning process that operates entirely automatically. It does not require conscious thought; indeed, there is no conscious involvement whatsoever. We do not know it is operating, we have no direct control over it, and we don’t know when it has found new objects, events, situations, or activities of significance. What we do know is that we get a sudden yearning for something or a sudden revulsion… but we might not be immediately aware of quite why.

In alcoholics the reward system latches onto alcohol as something very beneficial and urges us to drink when it is available or nearby. It recognises circumstances that yield alcohol and forms a new process for each of them, we call these drinking triggers, and each time we drink in a new circumstance then a new trigger is formed. But another feature of the reward system is that it reinforces successful triggers. If we were encouraged to seek alcohol by a trigger, and then did so, then this trigger was a successful one. Successful triggers are more valuable than unsuccessful ones, so the brain strengthens the successful ones: the intensity of the urge to do this again is increased, and so is the intensity of the surge of pleasure we get on securing alcohol. The “aaahhh!” sense of ease and comfort that we get on taking our first drink does not come from alcohol; it is the reward system in operation. The surge of relief or please comes from the burst of dopamine. It is the “reward” of the reward system.

Finding alcohol becomes increasingly important. The urge to find and move towards it becomes stronger, and so does the sense of relief we get when we secure a drink. Each time we drink alcohol in response to the craving launched by a trigger then the reward system increases the importance of that trigger: it increases the intensity of the craving, and it increases the intensity of the “aaahhh!” we get on taking the first drink. It is a vicious cycle that leads to drinking more and more often, and it strengthens every time we drink in response to a craving. Once this starts to happen then the act of drinking increases the desire to drink, and the reward system enters a runaway state with regard to alcohol. But cravings don’t just urge us to drink; they also urge us to carry on drinking once we have started.

The reward system evolved to improve our chances of survival, and it doesn’t just encourage us to do beneficial things like partaking of nutritious foods, it also encourages us to take maximum advantage of them while they are present. The intensity of the craving induced by a trigger depends on how often that trigger has been successful, but also how close the object of the trigger is. Alcohol seen in the distance draws us less than alcohol that is close, but this relationship is not proportional it is exponential. This means that when we open a bottle of wine for example, we tend to finish the whole bottle rather than simply take one glass: once we have started drinking then we are in the presence of alcohol and the intensity of the cravings induced is raised dramatically. The same happens if we walk into a bar. When there we are in close proximity to alcohol and will be subject to continuous and powerful cravings. Once we start drinking we are likely to continue while alcohol is still close.

Drinking triggers are where our addiction to alcohol begins… but they are not where it ends. There are more problems than just a runaway reward system. 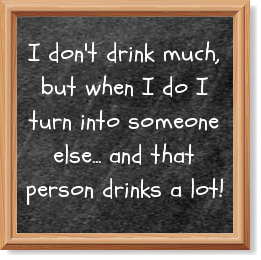