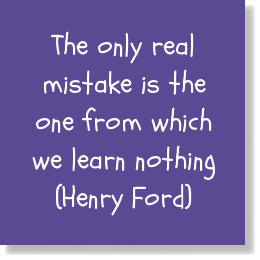 Being back on “Day One” was utterly devastating. How come the great, capable, all-conquering me could do almost anything I set myself to, but couldn’t do this one simple thing? What made it worse was that most people in the world could stop drinking for a week or so if they wanted to. But I couldn’t. It felt like I was a total failure; useless, worthless, weak… hopeless. I’d drunk again but that was not what was meant to happen. I was supposed to be stopped, but I drank again. I couldn’t explain what had happened properly because the problem hadn’t come to me in words, it had come as feelings, and on this occasion (again!) the feelings had overwhelmed reason. Relapse is a crushing experience.

Stopping drinking is hard and I never understood quite how hard it was until I tried. It’s hard because sometimes the test can be ferocious, and sometimes it can be devious… my addiction kept finding new ways to challenge me. Until I realised just how hard it was, and how devious, I didn’t bring enough to the attempt… that’s my experience. But relapse isn’t failure, it is education. It is an essential step on the path to recovery. It is only through successive failures that we finally learn how to overcome the addiction and then how to remain alcohol-free. Relapse is not the end of a recovery effort; rather it is another step along the recovery pathway.

Stopping drinking is difficult, and just like other difficult things it takes time to master. We become proficient at doing things with practice, and we advance the most on the back of mistakes; this is how we learn.

My first failures at stopping drinking were failures to limit the amount I drank. The intention was to “just have a couple”; but that’s not how it ended. Following those there were attempts to stop for a while, but these would collapse within a few days (or sometimes hours). When I finally started to recognise the severity of my condition then there were more serious attempts at stopping; all ending at a bottle.

All of these were relapses; occasions where my intention to not drink was not met. But each of these taught me something about how to succeed. Recovery is not a smooth linear process but a progression of learning steps that build on each other, and some of these learning steps are relapses of one sort or another.

Learning to be alcohol-free is very like learning to ride a bicycle. The first challenge is to manage staying upright while making forward progress. How many times did I fall before achieving that? But once I’d learned how to maintain balance and move in the direction I wanted there were still many occasions when I fell… because the problem had changed. Yes, I knew how to keep my balance, but sometimes I grew over-confident, and sometimes something unforeseen happened and I’d be down on the tar seal again. Stopping drinking is a learning challenge that is very much like this; it changes. When I first tried to curb my drinking the cravings, those wordless demands that I drink, caught me time after time. Eventually I learned to confront and overcome the cravings and managed to string a few wobbly days together. Then I gathered speed and confidence and set off careering down the sober road, but that’s not where the learning story ends. Once I’d learned to balance on my bike the challenge became different. It no longer took all my concentration to stay upright; I’d mastered balance. The challenges now were overconfidence and the unexpected: I’d try to go too fast, or something unforeseen happened like suddenly hitting a slippery patch while I was cornering. These are precisely like the challenges I met when I’d chalked up a few sober days; I became over confident (“perhaps I’m cured”, “I can manage just one” etc.) or I failed to negotiate something that was sudden and unexpected. When I first got sober the challenge was relentless… a continuous and furious concentration, but once past that the challenges came “out of the blue” or were of my own making (e.g. putting or finding myself in vulnerable situations).

We don’t just get one chance at learning to ride a bike. If we did, then nobody would ever succeed. When we fell it wasn’t because we chose to, it is because we lacked the expertise not to. We had to fall in order to learn; we learned by our mistakes. Stopping drinking requires similar learning. Relapse isn’t failure; it is the growth that allows us to succeed. But that isn’t how it feels at the time.

Relapse feels absolutely awful; it feels like complete and total failure. All we had to do was one simple thing, something that everyone else in the world seems to do quite easily… but somehow we couldn’t do it. It feels so bad you want the earth to open and swallow you up. The position seems more hopeless than ever. The earlier sense of impending doom and hopelessness is back in full force, deepened by the new evidence that for us it really is impossible to stop drinking. We feel utterly useless. Not only have we failed ourselves, we have failed everyone else too. We feel useless, worthless, helpless and hopeless. We are at our wits end and in total despair; it seems there is no escaping alcohol.

That is what it feels like, but this isn’t the truth of our position.

Relapse is a part of the process of recovery, not the end of it. We don’t have to go right back to the beginning and start the process all over again. When I fell off the bike I wasn’t put back at the start of learning how to ride, I was exactly as far advanced along that path as I was when I fell. Nothing was lost other that a bit of pride and skin. Everything that had been learned was still learned and because of this I would achieve more at my next attempt. Relapse while trying to stop drinking is precisely like this. Nothing is lost. We are not back at the start of recovery. We still know everything that we have learned thus far and we just learned something new. A relapse DOES NOT put us back at the beginning of our recovery. In fact, as long as we learn the lesson of the event, it advances us.

When we first set out to get sober the challenge is a continuous and daily struggle. There will be many stumbles in this period. But over time the power of those cravings diminishes and we can pass through our days without needing to constantly fight the demand to drink. This is just like learning to balance on a bicycle: once we have mastered it and practiced for a while it becomes automatic and we no longer need constant concentration to remain upright. As we close the doors to alcohol one-by-one our addiction searches for the ones that are still open. One of the great challenges we face in getting sober is that, just like learning to ride that bicycle, the problem keeps shifting.

If you have just relapsed then your addiction found a door was still open and you stepped through it. Learning to ride a bicycle requires practise, and that we learn from the times we fall. The same is true of recovery. We need to learn from our mistakes if we are to proceed without falling again.

Stopping drinking is hard and we don’t understand how hard it is until we begin. As we start out we are completely unaware of all the ways that our minds will try to trick us into drinking again; we only discover these as we advance. Sometimes these will catch us out and we drink. But relapse isn’t failure, it is education. It is an essential step on the path to recovery. It is only through successive relapses that we finally learn how to break the addiction cycle and then to remain alcohol-free.

If you have just relapsed then you should remember that the problem hasn’t got worse because of it, it is exactly the same. You are still an alcoholic. You still can’t limit or control your drinking, and continued drinking will drive you further along the downward spiral of despair. It has to stop. You have to stop drinking if your life is going to improve. The problem is unchanged. What is changed though is your ability to beat it.

If you only got one go at learning to ride a bicycle then nobody in the world would be able to do it… yet millions can. Similarly, nobody ever said you only get one chance at getting sober: you don’t, you get as many as you need… there is no limit.

Nobody, absolutely nobody is able to completely stop drinking at the first attempt; it is always preceded by relapse in one form or another. We don’t need to have some rare super-power to stop drinking. What we need is to learn from our failures, and the persistence to try again.

The bad days are the important lesson that must be learned. A door was still open to your alcoholism, and you walked through it. You need to identify that door, close it, and then move on, stronger and wiser for the experience.