Is alcoholism a ‘disease’? 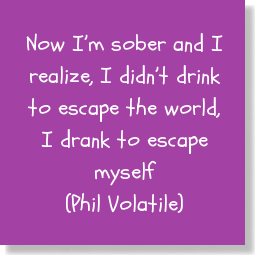 People coming to terms with a serious drinking problem struggle a lot with this idea. Many therapies for overcoming alcoholism describe it as a “disease”, but this is not always a helpful description. The principal problem with this is that alcoholism doesn’t match the common use of the word. If you were to ask someone to name some diseases then they might list things like cholera, smallpox, or influenza. We tend to think of diseases as things that are mostly communicable… i.e. things we can “catch”. But the proper description of the word “disease” doesn’t match its common usage as the definition of what constitutes a “disease” is remarkably broad:

Disease (noun)
A disorder of structure or function in a human, animal, or plant, especially one that produces specific symptoms or that affects a specific location and is not simply a direct result of physical injury.
(From the Oxford English Dictionary).

A “disease” is any anomaly that has symptoms and exists in a certain part of the body, but this isn’t how it’s normally used. We tend to think of diseases as being infectious or contagious, but they aren’t limited in any way to those parameters. There are very many conditions which can be correctly described as “diseases”, but which would never normally be described that way, e.g. being hard of hearing, or short-sighted. Both of these have known symptoms, and both affect a certain part of the body. So under the strict meaning of the word, both of these could be called diseases… but nobody ever does. Similarly, alcoholism has known symptoms and affects a certain part of the body (the brain), so it can quite correctly be called a disease, but it’s not a description that fits easily.

To describe alcoholism as a disease is not incorrect, but it can be misleading.

We have certain expectations of diseases that alcoholism simply doesn’t match. If we have an illness then we might go to a doctor and they will prescribe some medicines to fix the problem. But alcoholism is at variance with this in two ways. Firstly, there is no medication that addresses the problem, it requires certain actions. And secondly these actions (the “treatment” if you like) aren’t administered by a medical professional, they must be undertaken by the sufferer. There is no way to forcibly “treat” an alcoholic. It requires action on their part, and that in turn requires willingness.

Alcoholism is not a physical illness that can be treated with medicines, but a mental aberration that completely distorts the way the sufferer perceives alcohol. In sufferers, some of the brain’s automatic functions are distorted in a way that is extremely unhelpful, and can turn out to be catastrophic. Normal people value the benefits of alcohol; it is liberating and uplifting, but they also recognise the down-sides… hangovers and drinking at inappropriate times. Alcoholics do not perceive drink in this way. To them alcohol is good, and more alcohol is also good. There is no balancing downside to the equation… it is always a good time to drink. This imbalance develops and strengthens over time. The alcoholic becomes compelled to drink and is oblivious to any reasons that they shouldn’t. As their addiction deepens their drinking has a profoundly damaging effect on their lives, but the alcoholic only sees drinking as the way to make themselves feel better. They see alcohol as a cure for their problems, not the cause of them. Alcoholism is a mental illness that is expressed as compulsive behaviour which distorts memory, motivation and emotions.

None of this sounds like a ‘disease” and that term is never used to describe alcoholism on this site. It is not that the term is incorrect; rather that it is a very poor description of the condition. On these pages alcoholism is usually simply referred to as a “mental illness”.

How alcoholism works in the mind of the sufferer and how it develops into a serious compulsive condition is discussed more fully in “The mechanics of alcoholism” and “The onset of addiction”.

I found this a very clear and useful definition of the distinctive characteristics of alcoholism.

What was particularly strong was the statement that alcoholism was not a physical disease that could be treated by medicines, and the only person who can address alcoholism is the actual sufferer.

It is a cruel affliction.