The onset of addiction 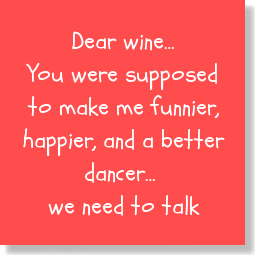 This post follows on from the post “The mechanics of alcoholism“. It is more relevant if that is read first.

The dopamine “reward system” as it is called is the starting point of addiction, but not everybody who drinks alcohol (or takes another addictive drug) becomes addicted; there are other related processes in play.

If we stand on a hilltop where we can see a long way, and we look over a large lake or sea, then we get a strong sense of wellbeing; this is a dopamine surge. Dopamine has been released for three reasons:-

There are three independent things that have invoked the reward mechanism; we have done some things that are beneficial to our survival. However, if that same hilltop we were stood on was a cliff edge, then the opposite mechanism, the deterrent system is triggered:- danger! and fear is induced to make us move away.

In most people alcohol is listed in both the reward system and the deterrent system. Alcohol consumption has an “avoid!” mechanism attached to drinking too much, or drinking at the wrong time. Normal drinkers have deterrent processes linked to the consequences of drinking too much: i.e. memories of hangovers, vomiting and loss of control, and these deterrent processes also link to failing to meet other important obligations if they drink. But for some reason this mechanism does not activate strongly in alcoholics.

The consensus among scientists is that addiction is caused by altered learning systems that overvalue pleasure and undervalue risk in relation to alcohol. Addicts also fall into the group that fail the Marshmallow Test; they favour immediate reward ahead of greater benefits later. These are the three characteristics that make someone susceptible to addiction. In one sense the likelihood that addiction will take hold is partially genetic. A parent having these three characteristics is more likely to pass them on to the next generation than a parent that does not. But that is not a certainty, and being vulnerable to addiction doesn’t mean that someone will become addicted. To become addicted requires both the pre-disposition and repeated engagement in an addictive activity.

With repeated alcohol use, the dopamine reward system assigns increasing value to perceived benefit of drinking. When something is very highly valued then the motivation to acquire it (the craving) gets bigger and dopamine surge released on securing it is also bigger. Alcoholics experience a very significant sensation of feeling good on acquiring alcohol, and the memory is further reinforced that this was a good thing. The brain learns through repetition and the alcohol-seeking mechanism strengthens, gets faster and becomes preferred above other alternatives. But unlike in the brains of normal drinkers there is no formation of a deterring memory when alcohol leads to a bad outcome. Omitting to record the bad experience incorrectly undervalues the risk and leads to repeating previous mistakes. For its addicts alcohol steals the joy, meaning and purpose from life while simultaneously offering an empty promise of fun.

These combined characteristics favour addiction; and not just to alcohol, but addiction in general. One study showed that alcoholism is 10 times more common among smokers than among non-smokers, and the factors that favour addiction also dis-favour being able to break its grip. Non-alcoholic smokers are seven times more likely to be successful in their attempt to stop smoking than alcoholic smokers.

The inability to properly recognise the adverse consequences of drinking is perfectly apparent. Alcoholics drink with complete disregard to the fact that a severe hangover will follow; they are not prompted that this will happen and should be avoided. They will also drink at inappropriate times; like before important meetings, at work, or on occasions where sobriety is expected, again, because they receive no mental prompt to do otherwise.

In alcoholics the urge to seek out alcohol is very firmly established, and the impulse to avoid it is barely, if at all present. So the alcoholic always finds it appropriate to drink, and is never presented with a repulse from it. Even while heavily hungover an alcoholic will still want to drink again once the alcohol level in their bloodstream ceases to stimulate dopamine release, and they will drink in ways that are completely contradictory to their own standards of sensible behaviour.

For example, an alcoholic will drink before driving and picking up children. They know this is an extremely bad, dangerous and foolish thing to do; they would condemn this behaviour in others. But in the time that preceded picking up the children their mind presented no objection to drinking; in fact the opposite happened. Their mind encouraged them to seek out and secure drink. It rewarded them for finding drink, and once they had begun drinking their brain never said “stop!” but instead insisted “there’s time for one more”.

These are the mechanisms by which the addiction feedback loop is established, and exactly like learning to ride a bike, every time this loop is traversed the neural pathway becomes firmer and faster. The mental processes being reinforced are not apparent to the sufferer. They operate without their awareness or permission, and are automatic, involuntary and obligatory.

The alcoholic is aware of none of the changes in their brain in relation to finding and consuming alcohol; to them everything about their drinking seems normal… everything that is except the way that others are starting to talk about it. As their addiction deepens the alcoholic perceives the problem to be “in the eye of the beholder” and not in themselves, and this is the truth for them; they genuinely perceive no problem. The onlooker watching someone become steadily more and more regularly drunk sees a problem, but the alcoholic sees none. This is due to the different perceptions. The onlooker is seeing the alcoholic from an untainted viewpoint; their thought processes associated with alcohol are not distorted. To them too much alcohol is bad.

To the alcoholic, alcohol is good, and more alcohol is also good… and they are confused as to why other people don’t see it that way.