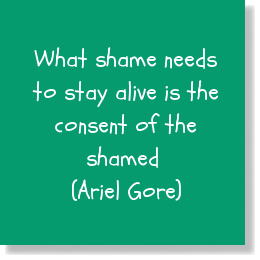 Society generally portrays alcoholism as a shameful state that the sufferer has brought on themselves. An alcoholic is generally regarded as someone contemptible; they are weak and should exercise more control, they are beyond help, their problems are of their own making and they do not warrant sympathy. But this overlooks a fundamental of addiction. The general view of society is that alcoholics simply need to grow a backbone and exercise some control over themselves. But that control isn’t available to the sufferer. Alcoholics do not make poor choices regarding drinking; they have no choice to make. They don’t choose to drink, they have to drink.

A normal drinker can choose whether or not to drink, and can choose when they’ve had enough. If they drink too much when they should have stopped then they don’t expect sympathy; they have brought this on themselves by not exercising better control. They apply the same standard to alcoholics, but an alcoholic has no such freedom of choice. In them it is absent, and in its place is a wordless, primal, urgent and instinctive demand that they find drink, and find it now. Once drinking then there is no thought coming from the back of their mind saying “that’s enough now”, instead there is always the opposite…. “There’s time for one more!”

Alcoholism is not poor behaviour, but corrupted mental processes. It is not moral weakness, but a reversal of the normal checks and balances that accompany drinking, whereby “I shouldn’t drink now” has been replaced by “I should”